The Only Avengers Left...

As part of the 30 Days project, I’ll be reviving Gone&Forgotten for a short article every day throughout the month. It’s June 4, and today Your Humble Editor puts together a dream team roster for Marvel's highly successful The Avengers (out of anyone who's left)… 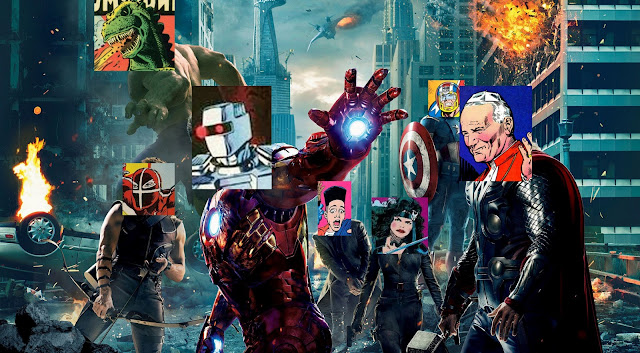 In the still-profitably-churning wake of the success of Marvel's cinematic Summer Crossover blockbuster, the publishing arm of the company (remember that?) has been taking full advantage of the name recognition lent their newly-restored flagship squadron of do-gooders, The Avengers, by producing a record-breaking number of monthly titles coming out under some version of the brand or another (Specifically, the record they're breaking is recorded in The Guinness Book of Who Gives A Shit?, 32nd edition)

With New Avengers, Mighty Avengers, Secret Avengers, Uncanny Avengers, Hot Shit Avengers, Batshit Crazy As A Baboon's Belly Button Avengers, Young Avengers, Old Avengers, Baby Avengers, Teenage Mutant Ninja Avengers, 30 Shades of Avengers, Harry Avengers and the Chamber of Secrets and an estimated five bazillionk thousand more titles, is there anyone left to man a new Avengers book? Maybe we could shanghai Heathcliff and a half dozen other Star characters, or we can plumb the licensed characters which surely would be eager to re-up their contract so as to gain a little love from that flaming hot franchise cash ...

Name: NFL SuperPro
First Appearance: NFL SuperPro #1
Who is he?: A once-promising football star, the man who was to become NFL SuperPro suffered a career-ending injury when saving an orphan from a burning nun or something. Then a super-genius football fan slash brilliant scientist (out of the millions of people who fit that description) gifted a super-football uniform to the kneeless sap, giving him some sort of super-football prowess. He later teamed up with a guy who shot pennies out of his hands.
What does he bring to the team?: In lieu of a "star-spangled Avenger", NFL Superpro can represent the best of America in a gaudy costume stuffed with padding. Watch him spike Ultron's head!

Name: Pope John Paul II
First Appearance: The Life of Pope John Paul II
Who is he?: The Pope.
What does he bring to the team?: Lacking a Thunder God, here comes the next best thing: God's right hand man! It's the Pope of Thunder! He can also create valuable tension between characters when he argues with NFL SuperPro about how European football is real football...

Name: Night Cat
First Appearance: Night Cat #1
Who is she?: Marvel's second attempt to create a superhero out of a real-life musical performer, because Dazzler turned out to be such a breakthrough character.
What does she bring to the team?: The team's Femme Fatale, also the mandatory female member named after an animal. Marvunapp.com informs me that she has "super-leaping" powers, so watch out! Here comes the Ni-ight Cat! Boing!

Name: ROM Spaceknight
First appearance: ROM Spaceknight #1
Who is he?: Galadorian Space Knight and champion of good against the menace of the Dire Wraiths. Also if you press one of the buttons on his back it apparently makes it really hard for him to breathe because he suddenly starts wheezing like an iron lung in a trash compactor.
What does he bring to the team?: Of all of Marvel's formerly licensed characters, ROM is the closest to achieving the kind of rabid fanbase that Iron Man inexplicably now has. Also, space stuff I guess.

Name: The Human Fly
First appearance: The Human Fly #1
Who is he?: A stuntman with an all-metal skeleton and polio I think. Does big ol' stunts, lives in a van. A real role model.
What does he bring to the team?: I honestly don't know, I just had to find someone whose costume was nearly as ugly as Hawkeye's.

Name: Godzilla
First appearance: Godzilla, King of Monsters #1
Who is he?: An enormous fire-breathing lizard monster popularly known from a series of eponymous films. Probably some soneofabitchin' nerd is on his way to correct three or four things I said in that sentence there.
What does he bring to the team?: Large, green, destructive and angry, we can get Mark Ruffalo to do the voice (squee, feels, Tumblr).

Name: Kid. No, Play. No, wait, it's Kid, I'm sure of it.
First appearance: Kid 'N Play #1
Who is he/they?: One-half a briefly popular hip-hop duo, and I can't think of a way to say that where it doesn't sound mean.
What does he bring to the team?: Play, I guess. Also The Funky Charleston. 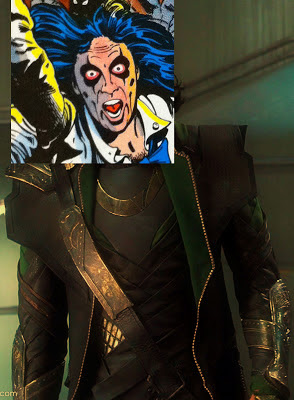 For the record, the Star Comics Avengers would be Chuck Norris:Karate Commando as Captain America, Silverhawk Lt.Col Bluegrass is Iron Man, Royal Roy is Hawkeye, Strawberry Shortcake is Black Widow, Wally the Wizard is Thor, Heathcliff is The Hulk and Nick Fury would be Top Dog plus also Peter Porker fits in there somewhere.