Continuing the weeklong celebration of weirdness and delight that is the 1970s-era Defenders, please prepare yourself to meet ... the most evil deer in the world:

Beginning in Defenders vol.1 No 31 (January 1975) and running through issue 35, writer Steve Gerber introduced a malicious, orphaned fawn possessed by the malevolent mind of the otherwise disembodied sorcerer Chandu of the notorious and hella goofy Headmen - a quartet of villains whose defining feature was that they each had a non-traditional head/body arrangement: A man's head on a gorilla body,a protoplasmic sphere on what appeared to be a silver-plated Las Vegas showgirl, and a big droopy head possibly full of oatmeal on an otherwise normal body.

Originally intending to place his spirit into the body of Defenders leader Nighthawk, Chandu instead was sidetracked into the fawn, rescued in 31 by The Hulk with the battle cry "MEN KILLED BAMBI'S MOTHER!" Uh, not ALL men, Hulk.

While it all resolved for the best - Nighthawk became the brainwashed goon of an outer-space self-help group and Chandu got his head stapled to a Hefty bag full of eels and bird parts - readers were nonetheless treated to a gallery of an evidently evil deer preparing to wreak its vengeance upon our heroes over the course of six glorious months. 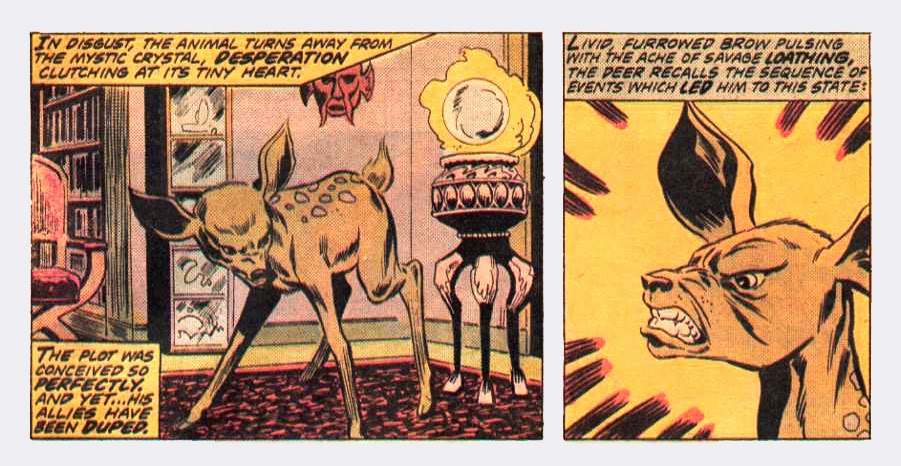 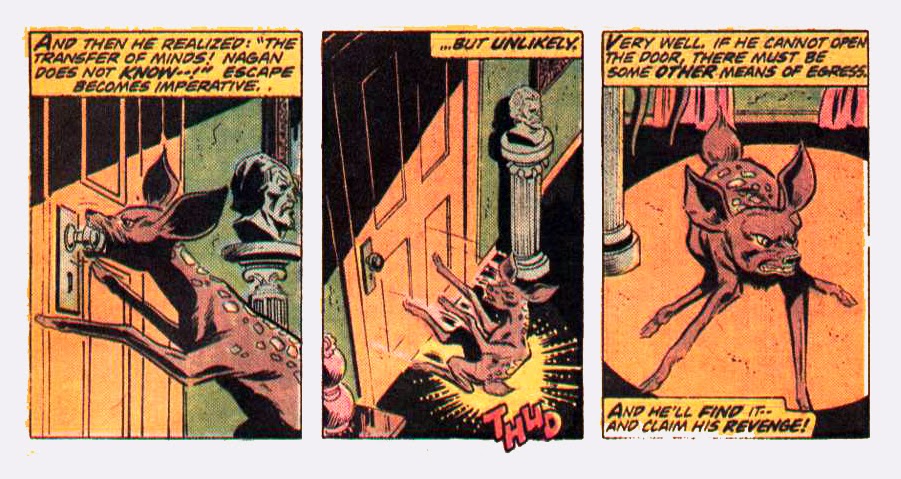 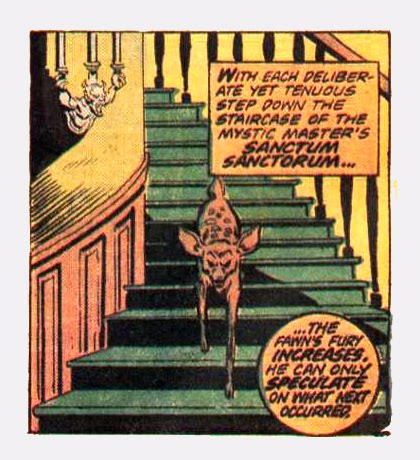 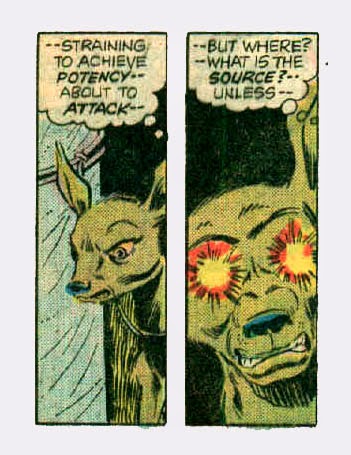 NOT ALL DEER, Jon.