There's still more than a few good weeks of grilling weather for most of the United States right now, and - if catastrophic climate change continues to have its way - forever. So, with sunny skies spreading out ahead of us across the horizon into the remainder of time until the sun goes nova, let's dive into the heady world of picnic season with The Mighty Marvel Superheroes Cookbook and its many ill-advised gustatory recommendations. 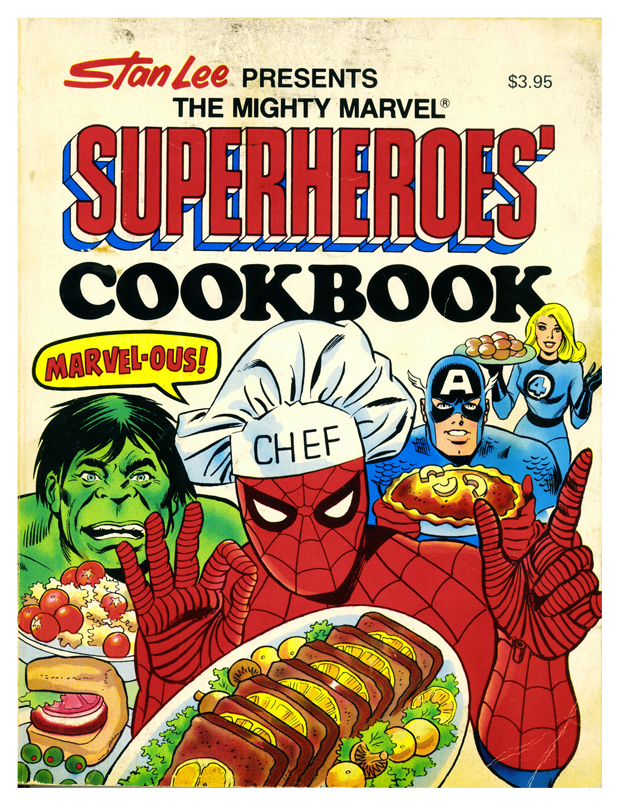 Originally published in 1977 by the fine folks at Simon & Schuster - whose collaboration with Marvel had produced reprint volumes, a highly acclaimed original graphic novel featuring the Silver Surfer, assorted activity books and the legendary How To Draw Comics The Marvel Way - the Cookbook was intended to be some sort of entry-level recipes for kiddie-winks. Nonetheless, it included recipes for everything from swiss steak and meatloaf to parfaits, veal and fried chicken - all of which might be a little out of your average junior foodie's league.

Also, the illustrations within were hasty and confusing, and led to images like the below wherein Captain America, I suppose, is hefting a plate full of pancakes but actually appears to be loading up on buttered ham and dowels. 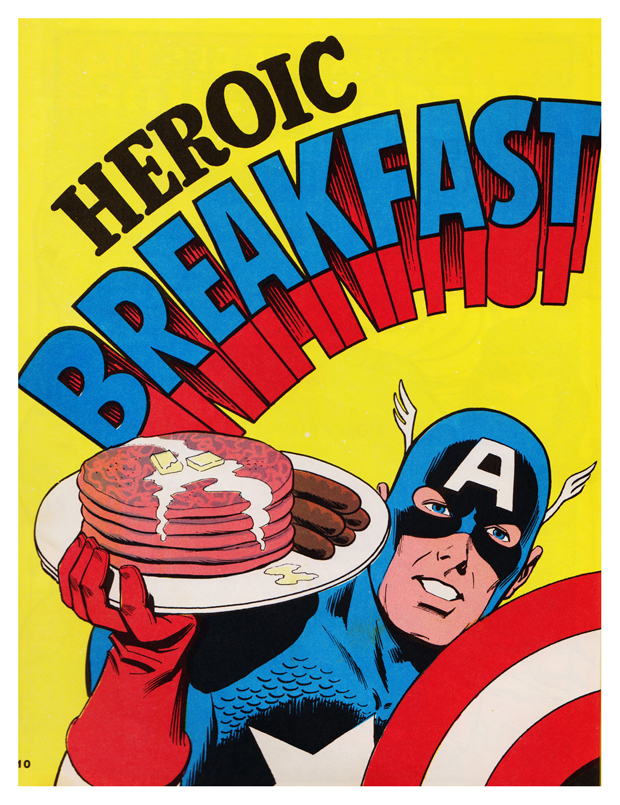 For the amateur gourmand, the book is also loaded with handy definitions. For instance, were you aware that "Instant Eatery" referred to "Any food you can grab from the refrigerator or bread box and put into your mouth without cooking it"? You may also know that by it's more common name, food.

When I think of the great heroes of Norse lore, there's only one thing that truly comes to mind: Cabbage rolls. No wonder, than, that The Mighty Thor's "Thor-iffic" cabbage rolls earn a page of their own. Also, they sort of look like what bricks of heroin look like in every cop drama I've ever seen. Fuckin' right they're Thor-iffic! 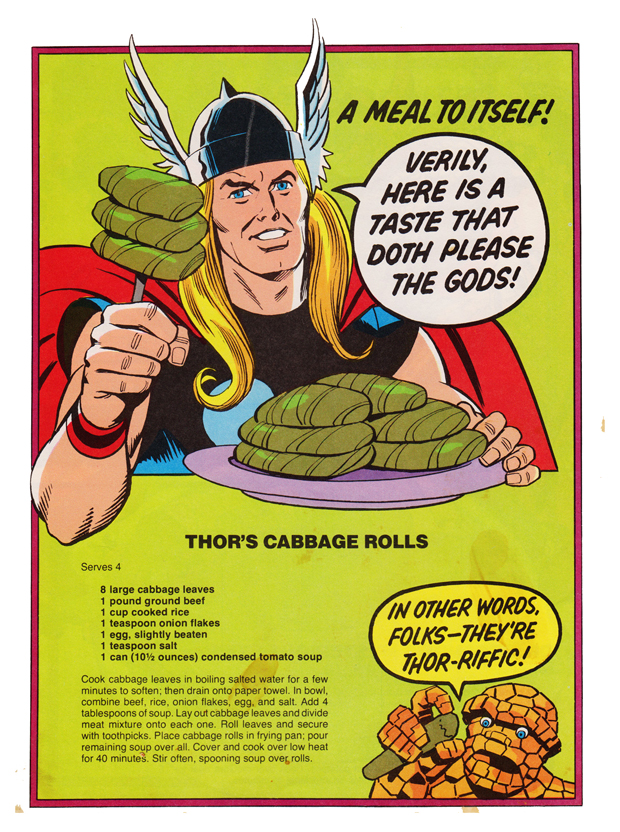 The Hulk gets about a half-dozen recipes all to himself, and every one of them is some variation on the theme of "overdoing it." That being said, I suspect this one, at least, is tongue-in-cheek. Or I hope so. If not, I've identified the source of America's childhood obesity epidemic. 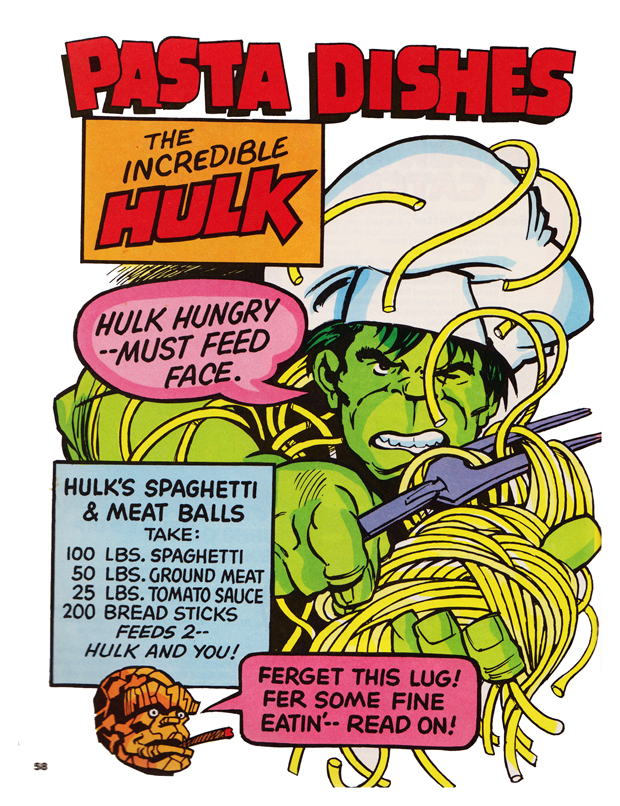 I suppose, as appropriateness goes, Iron Man shilling for an assortment of liver dishes makes a lot of sense. Moreso than Hawkeye sponsoring a corned beef recipe, except that I imagine half the stains on Hawkeye's shirt fronts are corned beef (the other half is grape jelly). Still, apparently the iron in liver wasn't enough of an endorsement for this chapter, which is why Stan has to get in on the action.


There's no dish in here that seems worth trying, but the sole entry for Galactus is a particularly offensive treat. I say that only because I originally missed the part in the recipe where it told you to pick some of these toppings, rather than all of them. I absolutely dare someone to try this with everything: swiss cheese, jlly, applesauce, sloppy joe mic, meat spread, cinnamon ... c'mon, you want to be cool, right? As cool as Galactus?

And, lastly, this just seems mean.

Barbecued Chicken consisting of chicken, spaghetti sauce and sugar. I don't ... I can't even ...

I'm picturing somebody taking a tour of the South and reading this recipe out loud while the locals drop dead like German soldiers in that Python sketch.

Wong enters the kitchen of the Sanctum Sanctorum to see Dr. Strange balancing uncooked shrimp on top of a slice of raw onion. "Shit, I guess you ARE an alcoholic."

If there is one thing I know about Galactus (apart from him being around before this universe) it's that he eats planets. Not sandwiches.