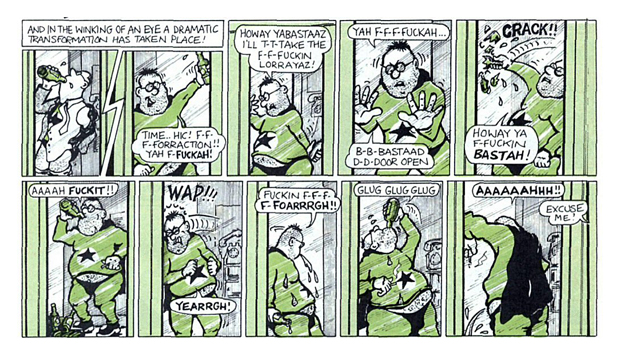 Many thanks to reader Count Otto Black for putting me in touch with this absurd and obscure British superhero who bears more than a passing resemblance to a popular Garth Ennis-scripted supporting character (and recent star of a his own bittersweet limited series). It's either a direct line of inspiration, or a superhero who damn near drinks hisself to death is a theme worth revisiting in modern comics.

Six-Pack was the pants-pissing, stumbling, slurring superhero barfly from Garth Ennis and John McCrea's popular and fondly-remembered series for DC Comics, Hitman. Responsible for forming one of the most absurd teams of satirical superheroes -- Section 8, whose incarnations include such wild characters as Dogwelder and Bueno Excellente, the man who fights crime with the power of perversion -- Six-Pack was popular enough to recently be revived in a surprisingly heartwrenching six-issue miniseries which put something of a sour end to the troubled, comedic figure's life.

HOWEVER! The real question is whether Six-Pack was inspired by another hard-drinking British super-type -- specifically, Viz Comics' law-enforcing lush The Brown Bottle! 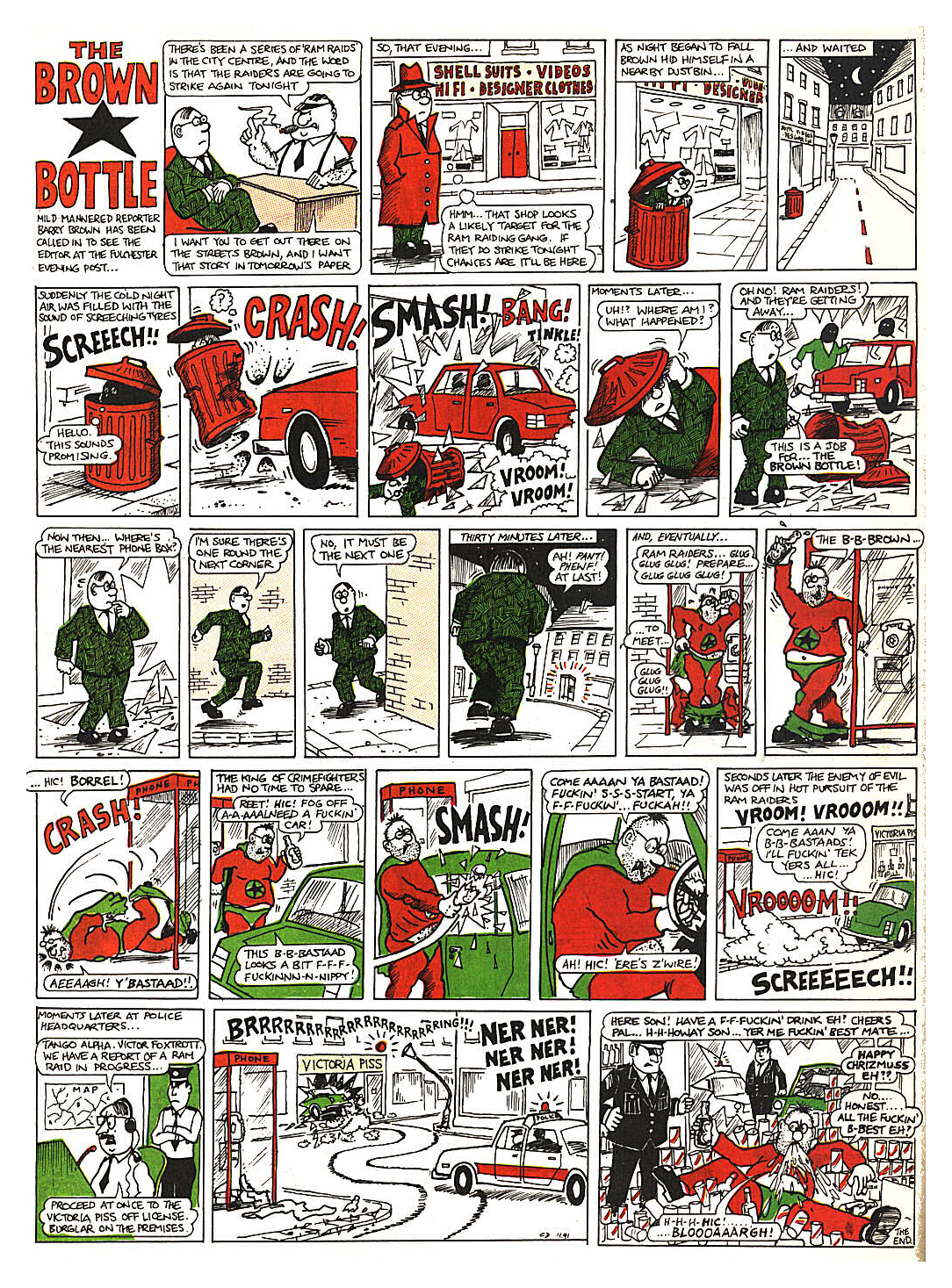 Mild-mannered reporter Barry Brown keeps an eye open for trouble, and when it pops up -- he's off to the telephone booth! Not to phone in a story, but to quaff as many Newcastle Brown Ales as humanly possible (or inhumanly possible) and emerge in his stained, vomit-caked superhero uniform as The Brown Bottle!

Pants around ankles and slurring violently, the inebriated avenger causes much more damage to his city than he prevents. The one exception comes when he enters into conflict with his arch nemesis, Cider Woman -- his equal in inebriation! 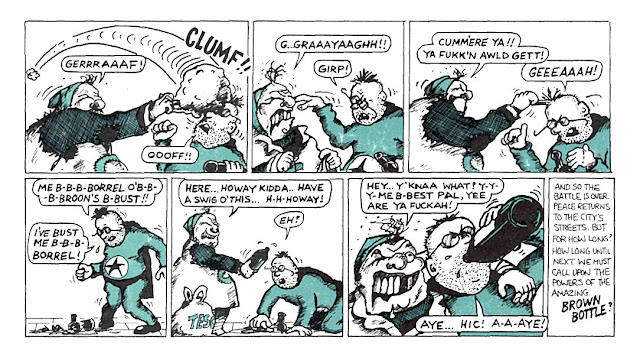 Despite his tendency to stumble, slur and emete in abundance, the Brown Bottle finds himself held in high esteem by the citizens he strives (sort of) to protect. But of course he can, of course -- everyone he meets is his "bess frien'"
at 9:00 AM