THE NOWHERE-NEAR COMPLETE GUIDE TO ADVERTISING MASCOT SUPERHEROES : COMICS SHALL EAT THEIR OWN

If you're gonna sell superhero stuff, why not use ... a superhero? Because it's the thing you're trying to sell and you might create confusion in the marketplace, is why. But let's pretend I never said that and check out super-hero mascots for companies selling super-hero stuff! 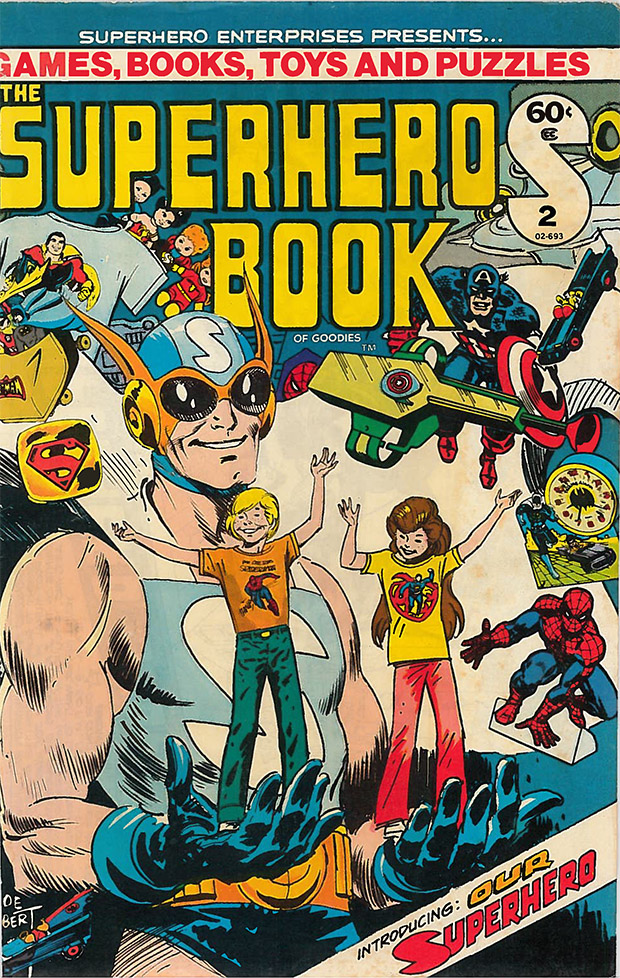 Snyderman (aka "Our Superhero" - Heroes World)
The full-page toy ads which ran through many superhero comics in the 1970s -- almost invariably featuring art as provided by the students at Joe Kubert's School of Cartoon and Graphic Art, if not Kubert himself -- were a staple of the era. They were so prevalent for a short period of time and were illustrated in such a purely comic-booky type fashion that they became an almost seamless part of the comic book experience. Outside of the one-page comic story ads such as Captain Tootsie, Pepsi the Cop, or O.J.Simpson, these illustrated ads seemed to be more of-a-piece than any other ad in comics.

When Ivan Snyder took his Heroes World stock to catalog form, he brought the Kubert school and the entire comic book format along. Starring in more than half of the Heroes World catalogs (advertised from the start as Superhero Enterprises, which sounds like one of those inevitable mashups), the goggled Snyderman accompanied the reader and sometimes a couple of fictional kids (I think they're fictional, unless they somehow got transported into the world of comics) through a world of t-shirts, toys, socks, sleeping bags, watches, flashlights, electric toothbrushes, blacklight posters, mirrors, um, bongs, knives, a monkey that can sit in a teacup, voodoo curses, you know, all the usual stuff! All the stuff we had before everything was required by law to be a Funko Pop.

The Mighty Bore / Bell-Man / Bobman (Robert Bell)
What you choose to call this character is up to you, but I've always vacillated, given the obvious swipe off a Thor illustration which was the basis of the guy. Thus, "The Mighty Bore," which I'm pretty sure was also Thor's Not Brand Ecch name.

This ad would  in the bottom corner of those full-page, all-ad inserts which would also promise you song-poems and a college-level course in CONSERVATION! (they made it seem so exciting), plus some judo and hypnosis books. Bell himself was a Queens native who relocated to Florida and made his personal collection the start of a minor collector's empire. It's worth noting that there were different superhero mascots on the cover of his actual price guide, and those fine young people looked like this: 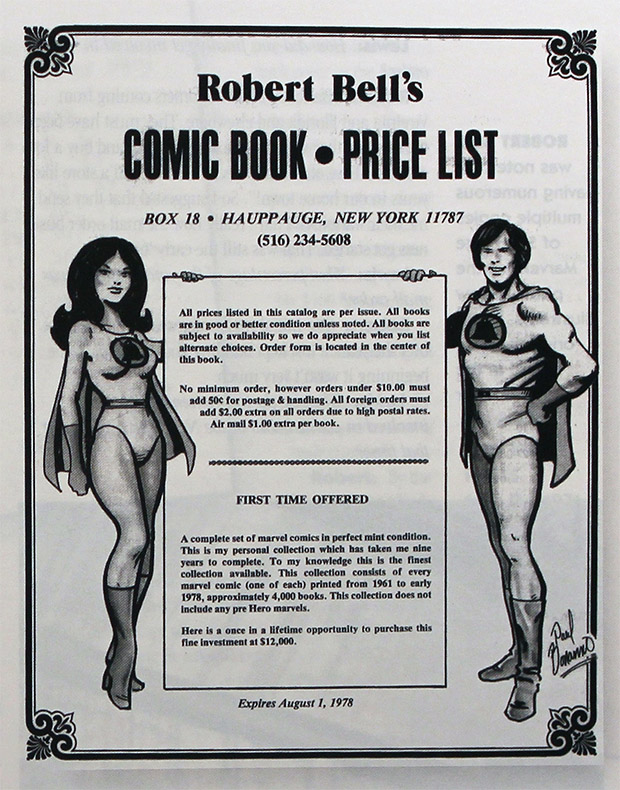 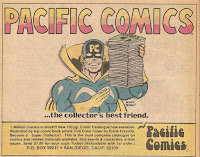 On the other coast, Pacific Comics was prepping to blow up into a mid-Eighties foundation of the comic book scene. In the meantime, their superhero foray began with their grinning, blue-and-lemon superhero who appears, by dint of his forehead insignia, to be a champion for political correctness. Damn social justice warriors!

Whatever the name of this Scott Shaw(!) illustrated superhero was meant to be, I've never stumbled across it. If anyone reading this has a good idea, holler and let me know!

It's probably unfair to describe the guy depicted on an ad for teaching you how to draw superheroes as a "mascot," per se, but this electric little poser was the chief figurehead of this peculiar little ad.

There is a nineteenth-century Ohioan artist named Edwin Forman Phelps, whose name may be the one gracing this company's masthead. I only mention this because of a late 1800s family history of the man which described his final years as "saddened by misfortune, darkened, perhaps, by errors." well, enjoy drawing your superheroes, you guys!

Is there any chance you've held onto that thing? I'd dearly love to see a copy ...

IIRC, the Snyderman thing was actually available in the spinner rack and I must've ponied up the 60 cents. Because I had one.

I had the Phelps book, too, and as I recall, he was credited as Earl R. Phelps in the book. I might still have it around here somewhere. I'm pretty sure I gave it to my son when he went through a drawing phase.

You guys impress me. I was such a skinflint, even as a kid, that I never ordered anything from the ad pages. Even though I badly wanted that 6' Frankenstein poster which I learned well after the fact was a huge Jack Davis drawing...

As a kid, the insignia on the tiny-ass Phelps mascot reminded me of the T.H.U.N.D.E.R AGENTS character Lightning : http://2.bp.blogspot.com/_IpV86ZyXqlA/S8CZa4YM2QI/AAAAAAAABek/219oFLhfl70/s1600/Mike+Sekowsky+Lightning.jpg

Then I discovered I had a rare neurological disorder. Apparently, everything from anchovy paste to the Louisiana Purchase reminded me of Lightning. Sad.

That post got dark in a hurry, right at the end.